Older Dogs and New Tricks: Still Improving at Any Age

To all those in self-imposed denial: Starting now consider refraining from the all too often tired, trite resignations that are heard in club tennis, "I'm too old to learn anything new," or, "It's too late to change my game."

Not so. Any neuroscientist will tell you that it's important in life to persist in challenging yourself mentally, and physically as well, in order to stave off the inevitable downside of Father Time while continuing to grow your existing Self, on and off the court. 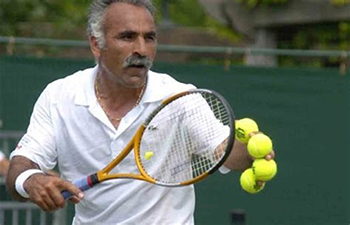 Both Jimmy Connors and Pete Sampras, legends of our sport and credible tennis spokesmen, had reinforcing takes on the subject as it relates to your game.

Connors had that crazy, last hurrah run to the U.S. Open semis back in 1991 at age 39. How? Because he had actually improved his always formidable back court game, and his fitness, to the point where he could stand toe to toe with the 20-something youngsters; that is, until he ultimately ran out of gas against a supremely fit, too young Jim Courier (now U.S. Davis Cup Captain and ESPN analyst).

"I think I can strike the ball better now than I could 15 years ago. And I think I anticipate [read] better than I did in the past," Jimmy noted later on when he finally retired from the main tour and moved onto senior's events.

Pistol Pete shared similar sentiments on tennis aging. Unlike the brash Connors, he was quiet and unassuming – why, on Earth, he suffered the "boring" criticism back then remains a curiosity today. Physically blessed, many agree that he saved his best all-around performance for his final U.S. Open in 2002 when, well beyond his physical prime, he won his record breaking 14th major - he won his first major at 19 years old in 1990.

He too understood the unique cumulativeness of the tennis game with this offering in retirement, "Honestly, I think the best tennis I played was when I was older. I was ten times the player as I got older than when I was really dominating."

Beyond the courts, in a violent, physically brutal sport like pro football, the trend further reinforces the premise that, of course you can improve with age, particularly at the quarterback position. The NFL Tampa Bay Buccaneers have enjoyed an early season resurgence this year with - would you believe - a Harvard graduate over center and leading the way. Ryan Fitzpatrick, a 35 year old journeyman, explains his "sudden" success, "I'm better now than at any point in my career. A lot of that is mentally. Some things are ingrained over time. I truly feel like the older I've gotten, the better I've become."

My own experience, covering 6 decades in the game, might be a chronologically better-fit (for those who know who Rod Laver is) for club players to relate to. Sure, I'm now slow, inflexible, lacking in physical explosiveness, visually impaired, and on occasion, tweaked with a nagging injury compared to my peak long ago when I was a collegiate champion with tour experience. Nonetheless, I know that I'm a better tennis player and ball striker today than I was then. No doubt about it. 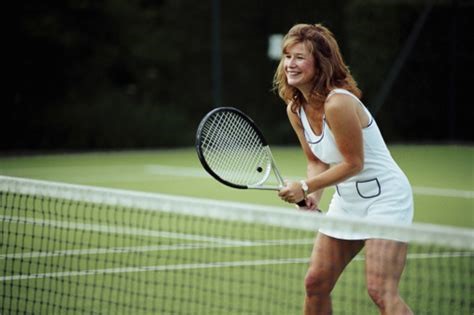 And what about Federer, Nadal, Djokovic on the men's side, and Serena and Venus on the women's tour? All are still achieving great success late in their careers. Are they not playing at an even higher level than ever before? I hope clubbers are listening when someone like Nadal, not so unusually, once again explains to the Press that he goes out every day "trying to improve, no?"

Recently, I had the pleasure of working with a motivated and committed-to-improve, local 50+ male club player to dial-in a reliable, penetrating topspin forehand compared to his previous error prone, feast or famine, flat stroke - in only a couple of coaching sessions! - in preparation of the upcoming 2018-19 league season. Bravo!

It's the constant, day-in and day-out, aspiring-higher attitude that, through commitment and courage and perseverance, that will enable you to continue to improve both your ball striking and your match play game management skills for as long as you're playing the game…that is, if you want to.

How else can you hope to neutralize the steadily intruding adverse effects on your physicality inevitably imposed by Father Time?

And by the way, match play, match play, and more match play, which only reinforces any existing flaws in your game, is not going to get you there. You'll actually be backsliding. But, if you get some help from a qualified, experienced Pro cleaning up your game and practice a little as well, you'll be pleasantly surprised.

The ball is always in your court. It's so doable. The iconic James Taylor lyric is so fittingly apropos, "If you only will."