The Match is with You

"It's about the economy stupid." That's a familiar slogan from a long ago (1992) political campaign that still resonates, albeit often repeated but juxtaposed accordingly. For example you could easily substitute "dealing with the pressure" for "the economy" in the competitive tennis world, at any level. That's often on the money and applicable when I observe lesson clients playing far more tentatively in match play versus their performances in sessions with me and friendly doubles play.

Q. - Do you always control your emotions and thoughts positively? Or do you spiral into negativity, frustration, anger, and self-doubt either at the first sign of adversity, or after an opening set is lost? 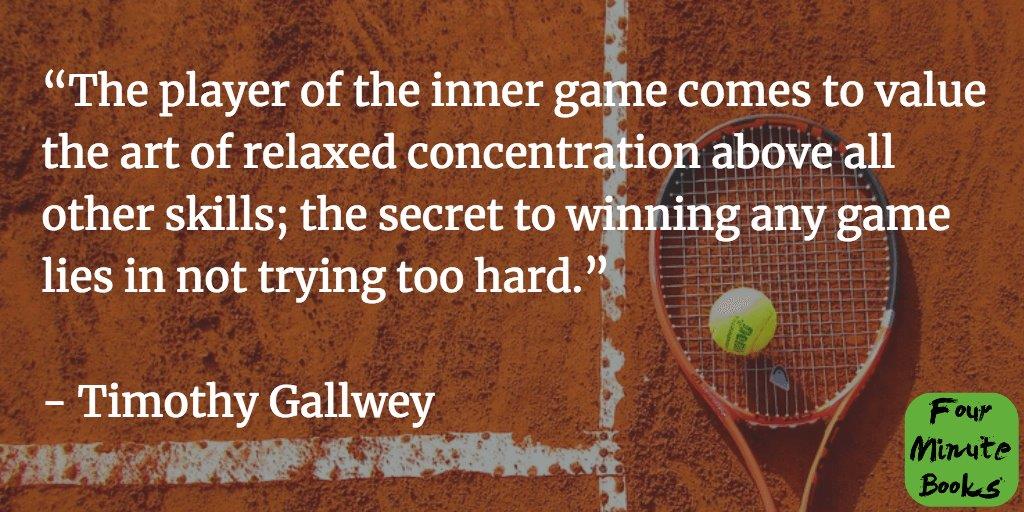 Some believe that performance pressure is reduced when involved in a mismatch – an experienced player/team vs an inexperienced one. Possibly. Lots of variables. But, the experienced ones still must deal with that we-should-win kind of pressure, while the inexperienced must cope with, in a predictable loss, the at-least play- reasonably-well kind to minimally save face and not be embarrassed.

Pressure is pressure, whether internally and externally produced. It's not going away. And no one is immune to it. Including tour players.

I always enjoy sharing what the legendary jazz trumpeter, Miles Davis, said about the subject (he experienced severe performance anxiety - I once actually witnessed him play with his back exclusively to the audience for the entire concert): "If you're not nervous, you ain't listenin'." In tennis, retired Hall of Famer, Andre Agassi, viewed his pre-match butterflies as a "good nervous" because it meant he cared. NBA and college basketball legend, Bill Russell – the winningest player in B-ball history - vomited before each and every game he got so wound up.

The pressure bar definitely gets elevated when two (2) players/teams are evenly matched. The ante is raised and it becomes a real pressure cooker, to use a long standing acknowledgement for any high stress application, making consistently performing to the best of your ability, without succumbing to getting in your own way, imperative.

The dominant Aussies of pre-Open tennis always recognized this as the need to "keep your nerve." 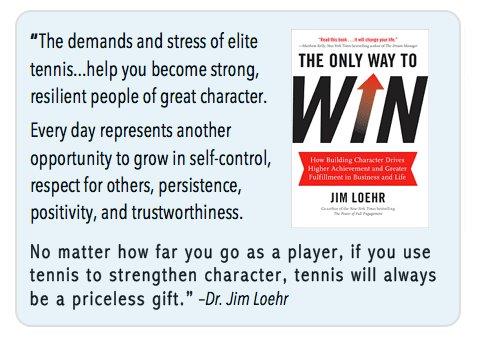 Turning off your "thinking brain," a phrase coined by Elizabeth Rosenthal, an avid amateur runner, was essential to her to once again finding the joy in running, after recovering from a brain injury, without being distracted, as was previously the case, by the usual worries, challenges, and responsibilities we all face in daily life.

Pete Sampras, one of the greatest to ever play the game, and an extraordinary player under pressure (he won 14 of the 18 major finals that he played in), was actually often criticized by tennis fans for his lack of on-court emotion and so-called fire, wildly misinterpreted that he seemed not to really care. Nothing could have been further from the truth.

You see Sampras had a gift: Tennis Amnesia. He didn't let lost points or difficulty fester. It was always on to the next point. No baggage. No fear. Positive.

I never tire of repeating Rafa Nadal's take on this: "I do not fear losing, I fear the fear of losing."

And why did U.S. Olympic star downhill skier, multiple World Cup champion, and competitive junior tennis player, Bodie Miller, say he appreciated tennis' scoring system so much when interviewed at a US Open pre-pre-pre qualifier a number of years ago? He explained that, unlike skiing, you could make a lot of mistakes and still win.

So how do you control your emotions and thinking to the point where negativity is not allowed in, and you actually can perform well regardless of the score line – in the lead, behind, even-steven?

The Inner Game of Tennis (1974), a best seller by Timothy Gallwey, amazingly still in print today, first addressed this quandary by advising players to leave their judgmental side at home when on-court, and embrace their just-do-it side instead, his right on the money "Self-1 vs Self-2" depiction.

Dr. Jim Loehr followed Gallwey in the 80s with his breakthrough Mental Toughness Training books and videos that collectively offered more concrete strategies and techniques to achieve that ideal mental-emotional mind-set to play your best consistently, win or lose, at any level (many name recognition tour players, and star athletes in other sports as well, sought Loehr's counsel over decades).

Other thoughtful, smart, innovative individuals, not just tennis teachers and coaches, have also been trying to figure out how to maximize performance for eons, in any and all ventures, including the Father of "Flow," Dr. Mihaly Csikszentmilhalyi. He viewed FLOW as a state of mind, a high level of concentration in which outside stimuli, including time itself, seemingly just falls away (I know I'm personally on track with this, and facilitating FLOW, when coaching players who can't believe the hour session is already over). His 2004 TED Talk has attracted seven million views to date.

Let's review some of these practical on-court pathways to Galwey, Loehr, and even Csikszentmilhalyi's vision:

Longtime Health Columnist, Jane Brody, addresses the mind-body connection this way: "Mind and body form a two-way street. What happens inside a person's head can have damaging effects throughout the body [tennis game], as well as the other way around." So, integrating these "quarterbacking" components into your overall game, will, win or lose, win the match with you, and absolutely raise your level of your current play (same mechanics, even if a bit flawed!), develop the powerful mind-body link – the brain welcomes being rewired - and make for a better overall experience …that is if you really want to.