THE BIG 3: The Glue That Keeps Your Best Game Together

The title of my first book, More Than Just the Strokes (2005), is still literally true. It is indeed more than just ball striking mechanics or technique. After teaching, coaching, and competing in the game for decades - including working with some of the best teachers and coaches in the world - playing your best tennis consistently is no doubt more than just ball striking, footwork, and all the rest. Those components are, of course, an integral part of your best game mix, but they become limited in the solid game big picture without, as I refer to them, The Big 3.

You absolutely will not be able to reliably dial-in all those hard earned skills that you've acquired, along with your best performances, without them. No way. Not happening. You may think you've got it happening. It's not, and you will not be getting the most out of your game potential.

Collectively, these game management essentials are the super glue that keeps your game firing on all cylinders, all the time, to the best of your ability. 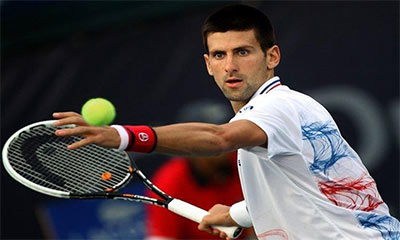 For me, it's amazing that so many club players today, in the year 2020, have not bought into these necessary "quarterbacking" skills to the nth degree every time out on the court, or, worse, are often completely unaware of this aspect of maximizing one's game.

I challenge anyone to name one player that you've seen, and heard, on The Tennis Channel or ESPN, or better yet live at a tournament venue here in Florida (Miami Open, Delray Beach Open) or elsewhere, who is not obviously a great ball tracker (you can see how still their heads remain at contact to facilitate great ball watching), a dedicated visualizer (you can see that too in effective, safe margin shot selection choices), and an audible breather (that you can readily hear). You cannot.

This aspect of the game was first brought to our collective attention in 1974 with Tim Gallwey's seminal work, The Inner Game of Tennis, which focused mostly on your just-do-it mind (apparently Nike was on to something too) versus your judgmental mind (Self 1 vs Self 2). By the mid-80s Dr. Jim Loehr followed with a comprehensive how-to book, Mental Toughness Training. Out of it, and other offerings, he gets singular credit for coining the phrase "mental toughness," now ubiquitous in all sports and constantly referred to by the most successful in interviews. His program was a product of his successful pioneering work first with club players just like you, and from there many professional players as well, and remains the founding gold standard on tour today.

"Jim Loehr is the most important person in tennis today." – offered up by the legendary Arthur Ashe at that time. 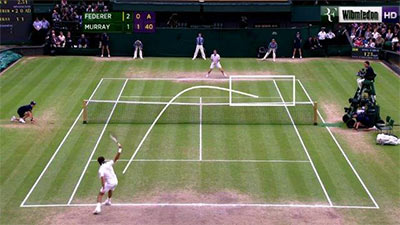 Yet, here we are in 2020 Clubland with so many motivated players disproportionately focused exclusively on forehands, backhands, serves, overheads, and volleys. Ball striking only. Mechanics, mechanics, and more mechanics. A headless horseman.

Where's the management of these skills? Some individuals are more instinctive than others, nevertheless, everyone can benefit and raise their level almost immediately with this whole body approach.

Heck, Leonardo daVinci himself could have been a heady tennis player since he recognized one aspect of the Big 3 with this thought: "Those who fall in love with practice [endless ball striking] without science [mental skills] are like a sailor who enters a ship without a helm or compass, and who can never be certain whither he is going."

Random success is possible. Some, a few gifted ones, are more predisposed to these aforementioned skills, but it'll always be an uncertain crap shoot without being a great game manager. I know from first-hand experience in my less enlightened up and down playing days.

Superb game management does indeed require a helm and a compass:

So why on Earth do players especially resist this latter Big 3 component? I suspect they are self-conscious about doing it. I had one player recently mention to me, "I feel foolish trying to sound like a pro on TV." That's wholeheartedly buying into wanting to look like those players, but not sounding/breathing like them. Unfortunate and counter-productive, especially since anyone observing you play, who really knows the game, will respect and be impressed by the fact that you're breathing audibly. Sure, it's definitely counter intuitive to human nature under flying yellow ball stress, but not learning to embrace it leads to one being predisposed to choking (can't breathe) particularly in the big moments.

Going forward, try putting the never ending techno mumbo jumbo overreliance on too much technique –dutifully schooled to you out of an obvious necessity by coaches - on the back burner in the midst of a point? 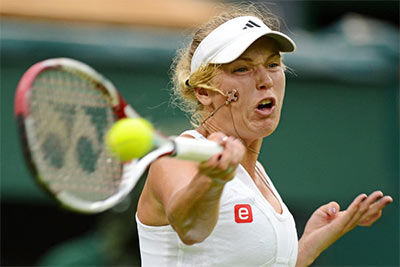 In your next on-court practice session, friendly doubles, or, dare I say, in an official match, try making executing the Big 3 as your main focus, while simultaneously monitoring your physical game kinesthetically - a sensory awareness of your moving body parts without thinking about them.

Manage and support the skills you already have with The Big 3. Settle to the task. Keep your nerve.