Q. What other sport asks individuals, or entire teams, to kindly warm-up their opponents?
A. None that I can think of.

Weird? You bet. Being asked to play nice with the opposition, prior to the contest, is somewhat counterintuitive to say the least. Yet, that's the long standing protocol, the unique civility of tennis, like it or not. Best for all concerned to conform out of respect for the game itself, and your opponents too!

Some traditions are worth maintaining in spite of the undeniable existence of ignorant behavior exhibited by some club players.

Ignorant is dictionary defined as
1: lacking knowledge
2: resulting from or showing lack of knowledge or intelligence
3: unaware, uninformed.

I sadly, often, hear the horror stories of contrarian opponent behavior, particularly among league players in match play – not so much among recreational non-leaguers who are solely intent on having fun and getting some exercise - when everyone is supposed to be experiencing the joys of competitive tennis. 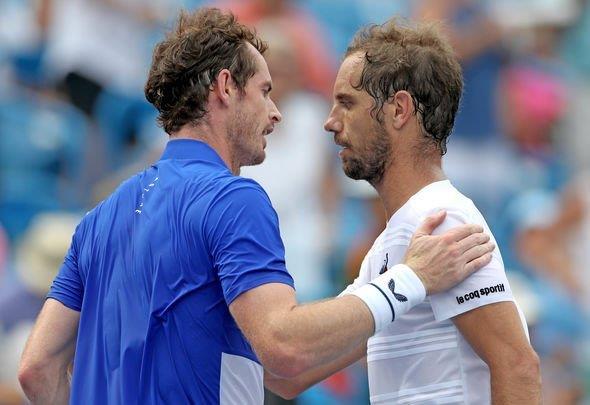 The USTA has long been effectively incessant about their "growing the game" message, which begs still another question - is success mostly determined in windowless board rooms mainly by increasing membership numbers, and participation?

Hope not, but sometimes I wonder. Cannot quantity and quality co-exist?

Admirably, they do stress a goal of making the game more diverse and affordable, and less country clubish! I'm all for that, having come of age as a poor kid without means, wearing out the toes of my state of the art canvas $9.95 Converse Skidgrips - which my supportive Mother could ill-afford - in a day or two playing on the abrasive blacktop public park courts. Since duct tape hadn't yet been invented, adhesive tape was at the ready so you didn't end up with holes in your socks too.

But, where's the USTA, with their considerable resources, when it comes to budgeting some of that revenue pie (the U.S. Open provides the vast majority of its net income - millions) for educating the tennis masses through public service announcements (Tennis Channel etc) - especially targeting those new players to our sport, the ones being actively recruited - regarding both expected long standing pre-match warm-up behavior, and sportsmanship in general, or lack thereof, and how they can negatively affect the match play experience?

Looks like somewhat invisible so far. And that has had a damaging effect on how the game is played in the local trenches. Where's the responsibility in stewarding the game?

Even in some of my supervised team practices it can be sometimes challenging - always surprising to me - to get schooled players, ones who know better, to be committed to delivering cooperative balls to their warm-up partner opponent.

It's the warm-up! Why not enjoy it? Embrace the process of methodically trying to dial-in a solid game prior to the start of match play - hopefully you're A-game – while still providing a cooperative back and forth with the bad guys.

One needs only to look at that same USTA's CODE – The Players Guide to Fair Play and the Unwritten Rules of Tennis that states: "WARM-UP – Warm-Up is not practice." [their bold italics] A Player should provide the opponent a warm-up of five to ten minutes. If a player declines to warm-up the opponent, the player forfeits the right to a warm-up, and the opponent may warm-up with another person. Each player should try to hit shots directly to the opponent. (If partners want to warm-up each other [because opponents are demonstratively uncooperative] while their opponents are warming-up, they may do so."

Need more information? Easy. Just go to my website and watch the five-minute warm-up video of a past Federer v Djokovic match that's just a click away on my home page. You'll witness two of the best of all-time shot making machines, cooperatively, respectfully, hitting to each other at somewhat less than full throttle, actually assisting each other dial-in their A-games before going to war just as all professional players did before them.

Let's be clear, the USTA is not solely responsible. It's also the thousands of club pros – all of whom I'm confident follow that code in any matches that they play or have played – who don't bother themselves with educating their players and teams regarding the sportsmanship inherent in a proper warm-up, and beyond.

I once presented a seminar at the International Tennis Hall of Fame courts (aka The Casino) in Newport, RI at a New England Pro convention. I began by seriously asking the club pro attendees if they were aware of the class action law suit being brought against the USPTA for routinely failing to teach the accepted protocol of the warm-up. Quite a few slumped down in their chairs, guilty as charged, until I explained just kidding, to their collective relief.

Every time that I witness otherwise nice people warm-up in such a combative, uncooperative, disrespectful way – of their opponent and the game itself – I cringe, become frustrated, and motivated to continue to try and educate players to help correct this assault on a game heaped in tradition and its accompanying civility. I'm trying again here.

I am concerned that this particular concern for the health of the traditional game is also a reflection of a declining civility in our society in general. If so, let's collectively do our part to mentor the less experienced and knowledgeable among us day in and day out.