Whether you're a top spinner, a flat baller, utilize underspin at times or exclusively, or all of the above, you'll need rock solid core fundamentals to support and maximize the mechanics that you currently feature in your style of play.

right off an opponent's impact - in order to initiate early racket preparation as you pivot ("unit turn") into your response. An unhurried, soft - low grip tension, compact prep, versus ones accomplished at the very last moment, well after an incoming ball has bounced, will pay big dividends and also provide an important calming inner sense of having time to take your time.

depending on grips and how you're going to play the ball: when it's cooperatively low and descending right into your knee to thigh high wheelhouse, or high bouncers struck right around its apex off the bounce, or classically on the rise, preferably also down low to keep the strike point in front, just after the bounce out of necessity when an opponent has challenged you with a fast approaching deep, and heavy in the court placement.

Some bring the racket relatively straight back old school. Others utilize some version of the C-loop first popularized by Bjorn Borg. Still others feature idiosyncratic take backs that work for them. In any event, it ought to be minimally ready, fully loaded, by the time the approaching ball bounces. And, it ought to be one motion without any time wasting awkward big hitches – double take backs - if you're going to be able to get through impact smoothly with a gradually decelerating, silky follow through.

Grip tension should be relatively relaxed and low beginning in the ready position since you'll naturally elevate that tension at impact.

Those tight "death grips" will minimize the racket's inherent power, disrupt timing, and probably, eventually, ruin your elbow or some other body part. By the way, the dirty, greasy grips that players leave on their rackets for weeks and even months on end actually contribute to poor ball striking due to over gripping those slippery, low friction surfaces, and also make players far more susceptible to a lack of fluidity.

Change your over grip often.

The white ones are preferred since they show the grime versus black ones that do not. (Why on Earth do some actually insist on telling me they do not like the white ones because they do show the grime? Wow!). This is simply maintaining your tools. Failure to do so is at your own game peril.

Is tennis an eye-hand sport, or an eye-foot sport? It's both, with the eye-foot component being surprisingly, for everyone, heavily linked to shot making timing. 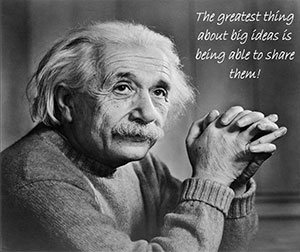 As a young club pro, way back in the 70s tennis boom, I would wrongly – from today's vantage point - use a popular cue of the day: "Get set." Bad advice. "Set-up" would have been more apropos. We, thankfully, did at least utilize the now ancient "transfer your weight into the shot," which was more akin to what I would advise today for a more functional eye-hand, eye-foot fusion: "Step and strike."

Footwork in doubles, when playing forehands or backhands in the back court, can be more demanding than in singles.

With more ground to cover in singles, well timed positioning through longer strides is more athletically natural. In doubles you're comparatively jammed in one side covering a smaller portion of the court resulting in more balls crowding you and making you uncomfortable. Footwork now becomes more challenging since you're working in a smaller space. Think Tom Brady in a relatively small passing pocket, under duress, looking for an open receiver while constantly shifting his feet slightly until locating a target and then letting the pass go.

Stutter steps in small spaces to line up that final footwork step.

All of this for naught if you're a sketchy ball tracker. Most club players are sketchy ball trackers. Can you hit your shots without tracking the ball really well? Sure, but they'll be off the sweet spot and won't be clean. Tracking means following the ball 100% to the best of your visual ability, all the way from your opponent's ball on racket impact to your own, and then, without looking up prematurely – think Roger Federer with his longer than anyone still head down on this – recapturing it, and only it, in its outgoing path all the way to your opponents next shot impact.

Only the ball! You'll see everything else that you need to see through your periphery where situational information is being unconsciously transmitted to your muscle memory internal hard drive.

Recognizing the difference between direct tracking and mere peripheral sighting is crucial!

Back to the human Swiss timing piece, RF, what does he claim to be his greatest skill on the tennis court? Would you believe "seeing my shot faster than anyone else." That's shot visualization in a flash, a micro second after recognizing the opponent's incoming ball. Call it imagery, imagining your shot in your mind's eye. Or thinking in pictures if you will.

The more specific your intentions are, versus over there somewhere, the better you'll play.

In the end, bet you didn't know that ole Al Einstein was far more than E=mc2. In his "Three Rules of Work" he zeroed in on an accompanying state of mind perfect for all tennis players embracing all the above aforementioned components: 1) Out of clutter, find simplicity. 2) From discord, find harmony. 3) In the middle of difficulty lies opportunity.