YOU'RE ONLY AS GOOD AS YOUR 2ND SERVE

That game axiom has been credited to Hall of Famer, and professional game innovator, Jack Kramer, for tennis eons now. Probably a name not recognizable to players, but legend to those who began playing many years ago.

This 2nd serve view remains alive and well today, not only an obvious necessity on the pro tour, but in a more mortal Clubland as well. 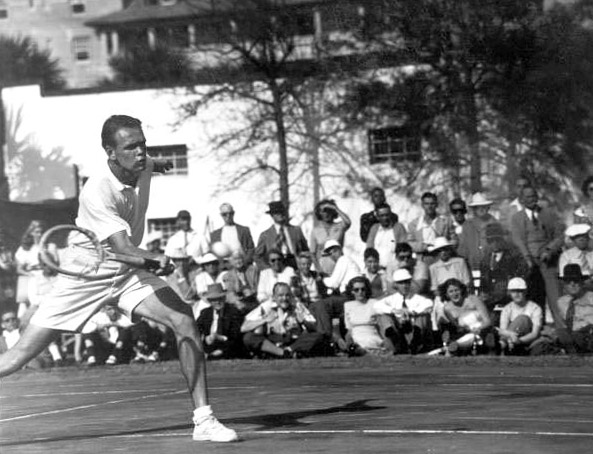 Kramer, who attended Rollins College in nearby Winter Park, Florida for a couple of years before joining the Coast Guard in WWII, went on to become the world #1 in the post war era. When not wearing his tennis whites, or "cremes" as off-whites were known then (the most "color" allowed), he was also the Founding Father of the men's pro tour as we know it today. It was a fledgling drive all night, city to city barnstorming affair played on a makeshift portable court that was transported all over the country to mostly small venues back then in its beginnings. A cash poor player rebellion against the blue blazered, elitist shamateurism of the day. A sport's servitude on the cheap, much like earlier Olympics, with meager under the table cash payments to only cover expenses, with a bit more for players with more star power. Players like the great Pancho Gonzales and the Aussie Lew Hoad were, and all the others too, were then banned from the Majors and all regular tour events.

In those times, being a truly professional tennis player also often meant having to often securing a club or hotel gig "to support their playing habit," as the late, brilliant teacher of the game, Don Henson, once observed to me.

On court Kramer was the first world class player to feature "The Big Game" as it was referred to back then, serving and volleying on every point, even on 2nd serves. His honed 2nd was extremely effective – an "American twist" as it was known at the time - and was a different kind of trouble for opponents than his first, featuring a fusion of power, spin, and a high bounce, all of which gave him sufficient time to close into a good first volley court position, and immediately get on top of the point. 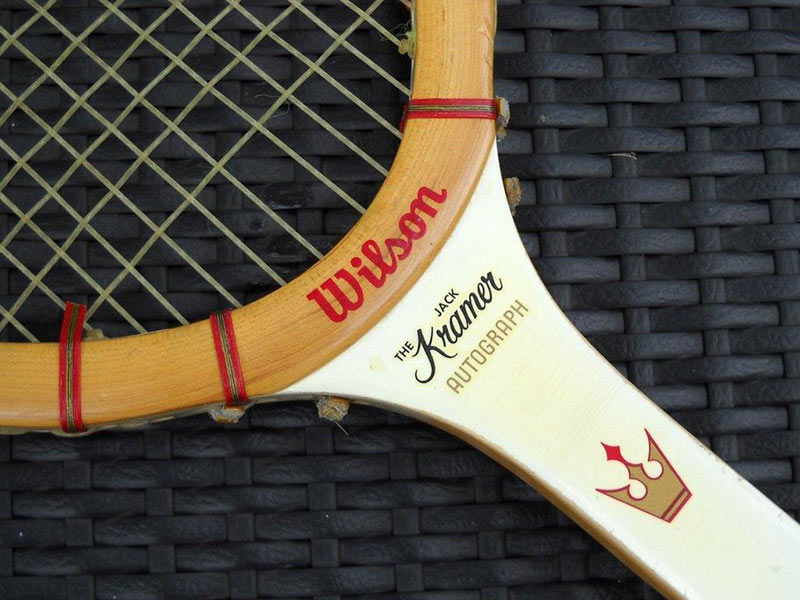 Those of you old enough to recognize his name, also no doubt played at one time or another with his iconic Wilson Jack Kramer Autograph - as I did in my college days when we also served and volleyed on the 2nd – a hefty wooden beast that would be considered an unyielding "war club" compared to today's hi-tech, hi-speed sticks. That's where the expression, "putting the wood on you," came into being when one player was dominating another.

His overall business savvy - besides getting his players finally paid legitimately over the table - was also shrewd enough to parlay a deal with the stingy Wilson Sporting Goods Company to receive a royalty for each namesake racket sold - one that also led the way for some of today's player lucrative endorsement deals - in lieu of a comparatively paltry one-time lump sum payment. By 1975, just prior to the metals and new graphites gobbling up the tennis boom market, that was worth a previously unheard of $160,000 a year. Factoring in inflation, it would be equal to approximately $750,000 in today's dollars. The "king's crown" logo featured on that racket, and Wilson apparel as well, became so entrenched it would be analogous to today's Nike swoosh in ubiquity.

Back to your serve, what can you do to realize the Kramer axiom, and own a reliable and formidable bending – "topspin" versus flat or slice - 2nd serve?

First, if you're serious about your game, you're going to need one since making just 50% of your mostly flat first serves represents a pretty good day. Being limited by having one of those "grandma" or "grandpa" tap in flat, no pace second serves on the other points creates a serious advantage receiver dynamic, and, with that serve being easily taken advantage of, can in turn have a negative effect on your entire game. Factor in your double's net partner getting pummeled by a big hitting returner targeting them, or lobbed over with ease by some of those same light hitting grandmas and grandpas on the receiving end, is still another downside.

Those weak serves remind me of an old Irish proverb: "Don't bolt the door with a boiled carrot."

Holding serve can potentially become problematic when first learning a spin serve. Why? Because most give up quickly trying to incorporate it into their game, typically because of naively thinking they could adapt all the new components in one fell swoop in match play. Not so. Well intentioned and ambitious, but without the required out of match practice it's not going to happen since immediately implementing it as their 2nd then usually results in one becoming a double fault machine.

Slow incremental change, with the required practice, is recommended and absolutely necessary.

When first introducing it into friendly match play - they're all "friendlies" in the Covid-19 pandemic - use it on 1st serve only where you can avoid undermining double fault pressure. Expecting immediate positive results when using on your 2nd – as ultimately intended – will be very discouraging and frustrating in the beginning. 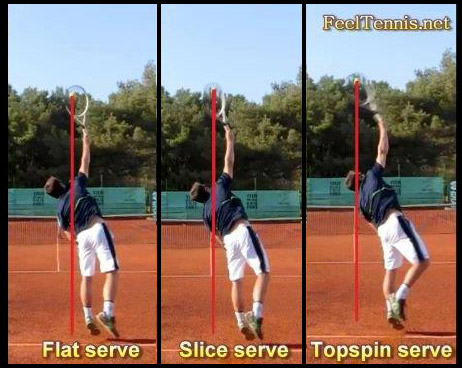 An altered grip to change the impact racket face and facilitate wrist action, toss placement slightly left (righties) and less in front of your norm, swing speed at least equal to your 1st serve, a racket path that hits up on the ball at approximately the 1:00 position, and visualizing a rainbow arcing ball flight that creates safe and forgiving margins over the net resulting in a higher bounce in the box, are the main components.

Not exactly pressing the "Easy Button."

As you can quickly surmise, you're probably going to need a coach's help to sort it out. The good news is that you do not necessarily have to develop the aforementioned, exacting old school "American twist" version, known in today's lexicon as a "kicker," to realize an effective spin serve. Let's leave that for the best of the best in Clubland, the more game improvement dedicated and physically flexible among us. A basic spin serve will get the job done, and immediately gain you entrance into a higher level of play.
Kramer's advice rings true.

So, the question is, how good is your 2nd serve currently? If it's not one that you're able to maintain 1st serve swing speed with, feature a high trajectory flight over the net that has enough spin to give gravity a boost – note: air pressure above the ball greater than that below the ball with serve spin - and then bounce up into a receiver's high strike zone, your service game will always be limited.

It can be achieved, a version of the Nike slogan being apropo:  Just Learn to Just Do It.