I'm never particularly surprised when any player, who takes their tennis seriously, becomes frustrated with the tricky demands of being a consistently solid, mostly unforced error free shot maker, especially when they're faced with correcting a reoccurring, undermining flaw in their mechanics on a particular shot.

Recently, a good club player – one who has improved dramatically over the past few years – experienced great annoyance during one of our coaching sessions in their repeated unsuccessful efforts to prepare their racket on the backhand wing earlier. Instead of prepping in one singular motion, there's an old habit of bringing it initially only half to three-quarters of the required way back. Then, at the very last available moment – the trigger moment - pulling it back a second time to the desired fully loaded position, resulting in a late, sudden stab at the ball, and an inability to strike the ball comfortably, and unhurriedly in front.

Not uncommon. The ball is now playing them.

This frustration then morphed into a bit of annoyed displacement, "Now you've got me thinking about it," as I continued to dutifully make this player aware of, and to monitor, this simple mechanical flaw in an otherwise really nice one-handed backhand technique. Their level then dropped a bit further, mired in overthinking vs feeling, analytically directed instead of being kinesthetically connected – as in sensory awareness - to what one's body parts are doing.

In my first book, More Than Just the Strokes, I shared a now long ago on-court moment from a lesson client, the late Paul Mader (Lake Placid, NY), who, with a wonderful cat that ate the canary sense of humor, once said, while Cheshire smiling with regard to frustration over his inability to track the ball consistently in mishit after mishit, "How can I watch the ball when there are so many other things I can be thinking about?"

Although he was an older player coming back to tennis after a long absence, he had developed a decent 3.5 game, and enjoyed playing with his peers. But that day he was falling victim to himself by thinking while hitting.

That's not how it works. 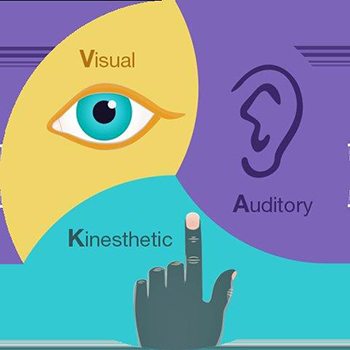 Here's how it should work: Once a point is about to begin, or is already ongoing, there are only two game components one should be focused on, or can focus on effectively – 1) tracking the ball really, really well, 2) visualizing very clearly what you intend to do with it.

That's it! Lose the conscious, paint by the numbers, overloaded multi-tasking. Not doable.

Either the shot making muscle memory is there because you've put in the practice time to hone your ball striking skills, or it isn't, and you haven't – instead playing match after match after match along with those accompanying, mostly terrible club level warm-ups – then somehow expecting better results.

Overtly thinking about your racket prep timing as my player was, or some other mechanical task in the midst of the action, puts you squarely in the left hemisphere of your brain, rendering you mostly unable to walk and chew gum at the crucial racket on ball moments.

You become the proverbial deer in the headlights, disconnected from the far more functional sensory awareness of your biomechanics – feeling your game - and you become conflicted, literally, yes literally,unable to watch the ball! 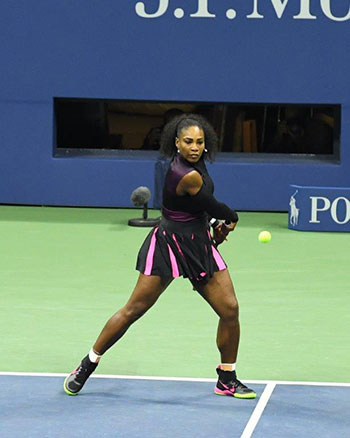 In between points - not during - is the time to coach yourself up. That's when to think about, analyze, what's going on in your game. Although I am not a big fan of Maria Sharapova, aka The Screamer, she is second to none as a solution oriented fighter. I do love her routine of starting each point situated a few feet behind the baseline, with her back to the net, huddling up with herself, contemplating either staying the course if cruising, or tweaking what could be strategy, tactics, a shot making or defending the court issue, or whatever needs to be addressed. She then purposefully, methodically steps up to serve or return and start the point with an unencumbered, non-thinking clarity, living in her right mind/hemisphere, focused on the ball and committing to, and trusting, her shots. She's "unconscious" as we used to commonly say back in the day when someone was playing at their peak, or above their perceived normal level.

Practicing this duality of both an in-point mind set, and an out-of-point mind set, and utilizing a kinesthetic awareness of your shot making versus left brain overthinking during play, will go a long way in keeping you focused on the task at hand with far better outcomes.